I am a pro 2nd Amendment advocate that enjoys shooting and collecting firearms.  I have numerous pistols and AR's of all flavors but unfortunately I'm late to the game in the AK scene.  The AK has peeked my interest for no other reason than the history and sheer beauty, as well as dependability, of this weapon.  I recently acquired an Arsenal SAM7SF-84E and the history of the evolution of that era just drips from this gorgeous beast.  I would LOVE to become and INNER CIRCLE member and would participate and add a sense of continued positivity to the community if granted such.  God Bless and stay safe out there.  I'll patiently await a response.

@Rick nice Colt and 94E 👍! You could always consider loosing the bipod and in turn shedding the weight of it off the rifle if you carry an assault pack for shtf. (I really don't know one person that wouldn't carry some sort of 2-3 day pack/get home bag/light assault pack for that situation) Anyways, using the pack as the bipod instead. Just something to consider. Not everything works for everyone, I get that and is why it's only worth mentioning as a choice and not an end all be all or debate.

Yeah, the eye relief is a bit tough with SAM7SF and why brought it up. Def going to be chin welding instead of cheek weld. One thing nice about the 94E is all that picatinny real estate to play with. The Primary Arms Cyclops Prism scope that I mentioned also has eye relief, but a bit more forgiving eye box at around 4" inches. Might be cool if Arsenal/K-VAR came out with a cheek riser for the side folding tubular stock kind of what the Molot Vepr FM-AK47-21 use, but more stationary without the flip aspect.

My most recent AK I was lucky enough to source from K-VAR...the Arsenal SAM5-64G cerakote grey produced by Arsenal custom shop. I missed the boat on the sparse camo unfortunately, but this is next best thing at time being in the SAM5 line, in my opinion. Plus, there are only 100 of them made so it's cool to have something only 99 others potentially have. Hopefully KVAR gets more SAM5 mags in. Hopefully KVAR gets more color mags in period. I'd love to get a grey 7.62 mag. I'm behind on just about all the basic color mags. 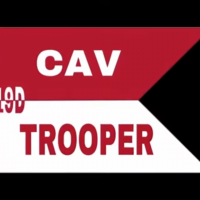 I'm not quite understanding, but it seems like a big pain in @$$. I'm guessing you want to use 5.45 caliber and a Krink setup. The 107 shares almost nothing with the 104UR Krink. Combo gas block instead of 90* degree gas block, different port size, different trunnion journal size 22mm instead of 23mm trunnion, also need an AKS-74U barrel and gas tube, short piston bolt carrier.
If it was using parts from a 107 to make a standard 74 then it would be a little easier and could use things like the front sight base I'm sure and maybe the gas block, but might erode faster depending on the port hole size in relation to the gas block port hole.

@Huntingdog low mount Aimpoint T2 micro red dot is probably the best choice. Eotech is great for any modern sporting rifle, but does sit a little high on an AK, even with something like a low side rail mount RS Regulate. Unless rocking nigh vision, then the higher optic mounting is def a plus. Especially with trying to look through optics with night vision. I take many things through a fighting use mindset being in a combat occupation for over a decade. I shy away from lasers along time ago as it's a tether to your position. Seems that school of thought is becoming more popular finally. The rail M5 top rail sits a bit higher than side rail mounts, so a micro red dot like an Aimpoint T2, Aimpoint H2, or Aimpoint CompM5 will be best bet or something similar. Don't get me wrong, i love Eotech it just depends on setup and weapon sometimes. I have an Eotech EXPS3-0 (EXPS3-2 is probably the best Eotech has made, i use one of those on another firearm) on my EDC AR right now...a Colt LE6945CQB pistol with a 10.3" monolithic upper. Eotechs are the best for night vision, CQB, and dynamic shooting in, around, and under vehicles, hence why it's on an EDC AR. A holographic weapon sight doesn't require perfect head alignment to make shots, as long as its properly zeroed if you can physically see the dot is on the target you can make the shot. A regular red dot isn't as forgiving. The nice thing about micro red dots is you can get more of a cheek weld versus a chin weld so often seen with higher mounted optics on an AK. Plus, Aimpoint T2 is pretty dang bombproof. It was my first optic i used on an AK side mount and has served impeccably for years and years.

Happy belated birthday, Rick! I don't have any presents to give out today, but I do have something else in mind. I don't know when the next recruitment drive will be, but to make things simpler, ALL APPLICANTS please add your name and email address to this email list. We will use this list to notify all of you that are waiting for the invitation, once we get the green light to bring in more members.
In the meantime please feel free to use this general membership section.

Have a great weekend everyone! 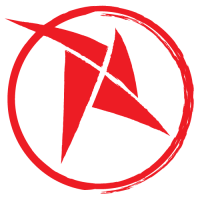